Karlovy Vary is famous for its mineral water from hot springs. For centuries, healing powers have been attributed to the water. Some visitors and spa guests bathe in the water, others drink the water. The majority of spa guests today combine drinking cures and bathing cures.

The other tourists in Karlovy Vary can taste the water from the curative springs free of charge. All the springs and colonnades described below are located directly in the center of the town and no more than a few 100 meters from each other.

Buildings were erected around the healing springs. These are open on one side, some have many columns on the open side. The word colonnade comes from the Latin word columna (column). In general, colonnade means a portico. In Karlovy Vary, however, all buildings above the springs are called colonnades, even those without columns. 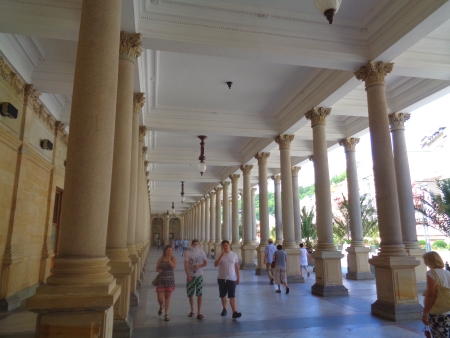 There are colonnades not only in Karlovy Vary, but also, for example, in other spas such as Marienbad or Baden-Baden. However, there are also colonnades (colonnades) without springs, such as in St. Peter’s Square in the Vatican (Rome).

How to drink from the medicinal springs?

You should drink the water slowly and not too much. Most experts say no more than a few cups a day, unless the doctor prescribes more. Some springs are so hot that you can hardly drink the water.

Around the hot springs colonnades, there are stores and kiosks that sell mugs. The mugs are a stylish souvenir. It costs from about 5 euros, some significantly more. 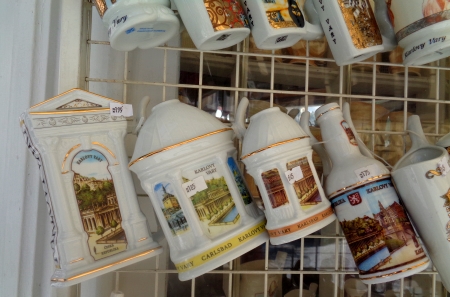 However, you can also bring your own cup or bottle. If the vessel you bring is made of plastic, for example, you should be careful that the material can withstand the high temperatures.

In some travel guides we read that you can also buy simple cups at the Kolannden for a few crowns. Unfortunately, we could not find such cups in the stores around the Mill Fountain Colonnade (In June 2017).

The largest and probably best known colonnade in Karlovy Vary is the Mill Fountain Colonnade. It was opened in 1881 in its current form. The grandiose stone building is about 132 meters long and consists, among other things, of more than 100 beautiful Greek columns in Corinthian style. The architect was Jofef Zitek. 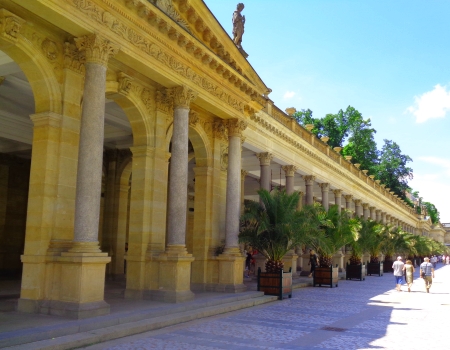 There are five springs in the Mühlbrunn Colonnade. All of them have a different temperature. The water from the hottest spring (Prince Wenceslas Spring has 65 degrees, actually too hot to drink immediately. The other four healing springs in the Mill Fountain Colonnade are between 53 and 62 degrees. The structure is one of the top sights of Karlovy Vary.

Not 100 meters further you come to a white wooden colonnade from the late 19th century in Swiss style. This building is also more than worth seeing. 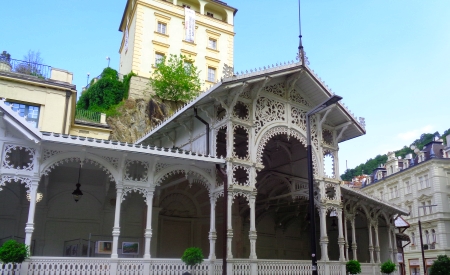 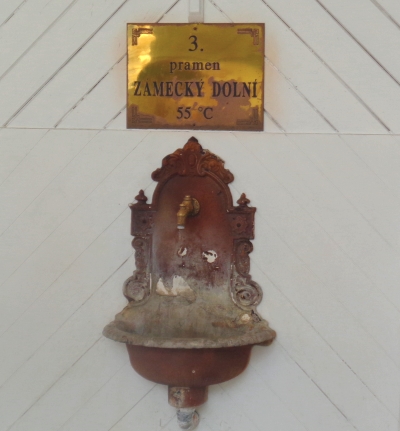 This healing spring is said to have been accidentally discovered by the famous Roman-German king in the 14th century. Since then, the healing power of the warm water of Karlovy Vary has been known. the rise of Karlovy Vary to a modern spa is due to King Charles IV from the late Middle Ages.

Perhaps the most interesting spring is in the Bubbling Colonnade. The building is unfortunately less beautiful and dates from the 1970s, from the time of socialism (Czechoslovakia). 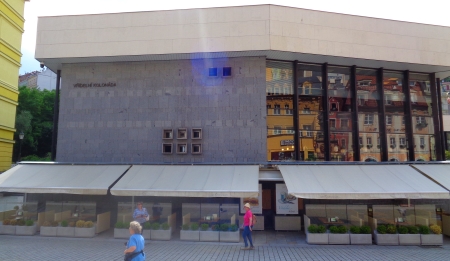 However, the source in the bubbling colonnade is interesting. Under high pressure, the water flows out of the ground and forms a 12-meter high fountain, a so-called geyser.

Other colonnades in Karlovy Vary

Garden Colonnade: It is in the Dvorak Spa Park and, like all the colonnades and springs described so far, is in the center of Karlovy Vary. The only spring in the Garden Colonnade is the Snake Spring, it is only 29 degrees.

By cable car to the Diana lookout tower in Karlovy Vary

Overview of sights in Karlovy Vary