The Kampa Island is an island in the Vltava River in the centre of Prague. The island is bordered to the north by the Charles Bridge. In the northern half is the Kampa island, in the south is a park with the museum Kampa. 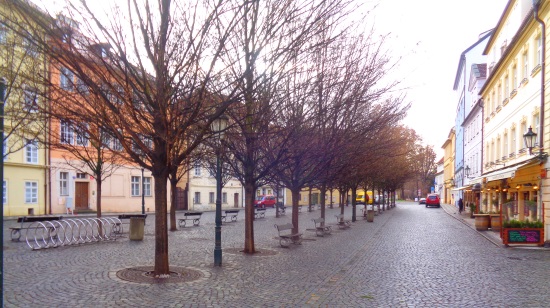 The island lies between the Vltava and the tributary Teufelsbach. The tributary was artificially built in the Middle Ages, probably to operate some mills. At least two water mills still exist today. 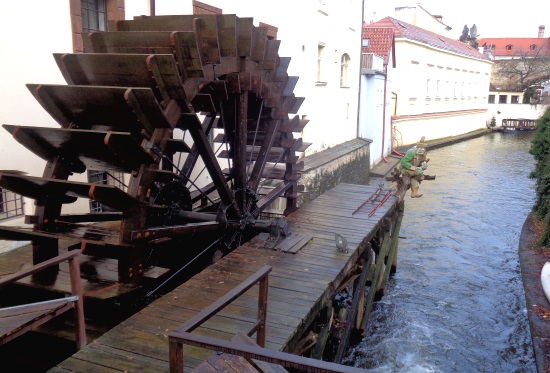 The northern part with the brook and the mills is often called “Little Venice” by the inhabitants of Prague.

In the southern part of the island the Kampa Museum is worth mentioning. It is a museum of modern art. Most of the works come from a former private collection, including paintings by Franz Kupka and works by the sculptor Otto Gutfreund. Both were mainly active at the beginning of the 20th century. The Kampa Museum is open daily from 10 a.m. to 6 p.m. and costs around 13 euros for adults (as of early 2020).

Good film about the museum (4 min) in Czech with English subtitles:

Without paying admission, you can view a work of art by the scandal artist David Cerny in front of the Kampa Museum. There are 3 oversized bronze babies. The famous Kafka head Prague also comes from Cerny. 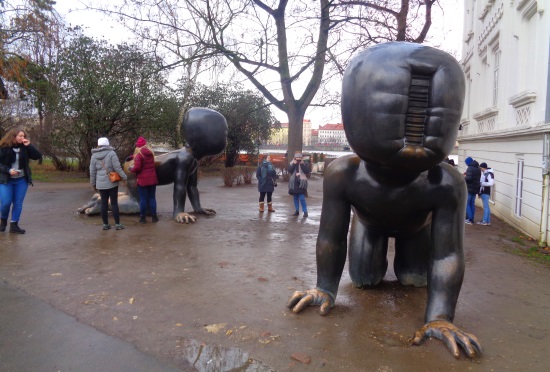 How to get to Kampa Island Prague: You can reach Kampa Island by crossing several bridges from the Prague Lesser Town over the Devil’s Brook. From the other side of the Vltava one either crosses the famous Charles Bridge and then left or the southern Legii Bridge and then right. The island Kampa is between these two Moldau bridges.

There are several hotels and restaurants on the island. There are many benches directly on the banks of the Vltava River and in other beautiful places.

Nearby: The famous John Lennon Wall Prague is only a few meters away from the island of Kampa, as is the world-famous Charles Bridge. On the other side of the Vltava over the Legii Bridge is the gigantic National Theatre and further south the Dancing House Prague.