Stvanice Island is an island in the Vltava River in the center of Prague. The island is estimated 500 meters long and not much more than 100 meters wide. On both sides are parts of the Vltava River. 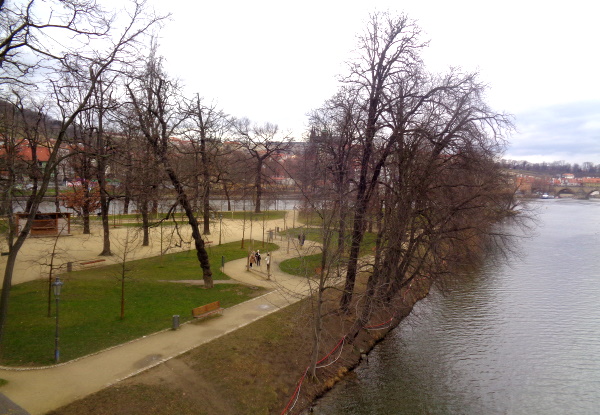 In summer there are mostly young people, Prague people and tourists. People party here day and night, sometimes with a lot of alcohol. The island of Stvanice has become a meeting place for young people. People sit in the grass or on the shore when the weather is nice and party.

In German, Stvanice means hunt, that is, hunt island. In past centuries animals were hunted on the island, hence the name. 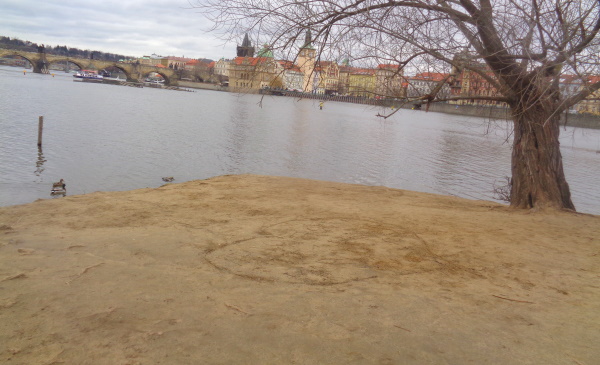 At the eastern tip of the party island in Prague is a small beach (see picture). You can also see the nearby Charles Bridge and Prague Castle well from here.

For young people there is a bike park, skate park, children’s playground and more on Stvanice Island. The outdoor pool with pool and nudism no longer exists. 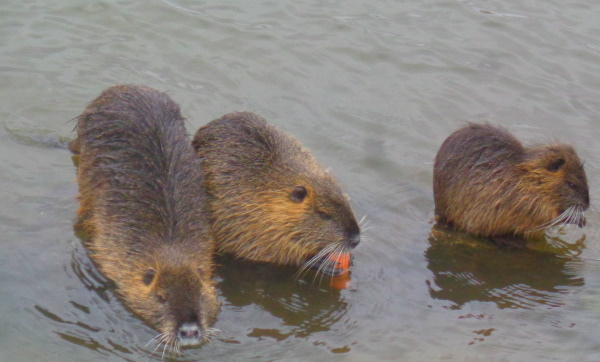 On the shore we saw strange animals that let locals feed them with carrots and cucumbers. They even ate from the hand. We are not sure if they are nutrias or muskrats. Anyone who knows more is welcome to write to us (info@kreta-reise.info). 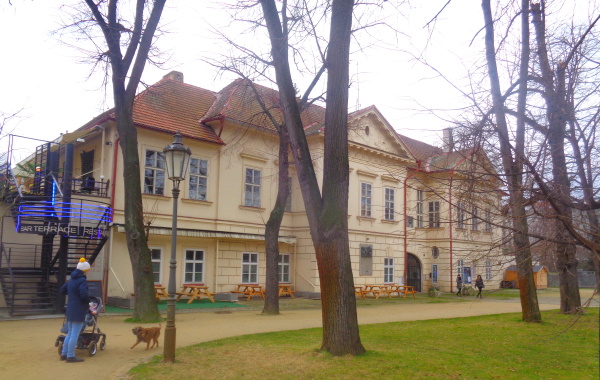 If you go under the big Vltava bridge to the western side of the rushing island of Stvanice, you come to a large house that takes up the entire width of the island.

There are several restaurants here, all of which were closed when we visited in February 2020 (Tuesday around 12 noon). The western tip of the island of Stvanice you can not enter as a visitor. Here are among other things some tennis courts, there have been tennis tournaments on the island. There is also a small hydroelectric power plant here.