In the last 10 years, a lot has changed in the restaurants and cafes in Prague. First of all, there are many new restaurants in the city center and old town. Also, here in the tourist areas of the city, prices have increased significantly. Often you pay for a beer or a coke in the center just as much as for a whole meal in another part of town. Tourists are sometimes mercilessly fleeced. A simple pizza with a drink for 25 euros, at the Old Town Square Prague is possible. We do not recommend anyone to visit a restaurant directly in the Old Town or on Prague’s Wenceslas Square, tourist rip-offs can be found here almost everywhere.

But there are also some inexpensive restaurants in the center, often only a few meters away from the tourist hustle and bustle. We would like to introduce some of them now:

Perhaps the cheapest restaurant around Wenceslas Square is called Svetozor. In the middle of Wenceslas Square streetcars cross the square. If you go from Wenceslas Square this street to the left (Vodickova Street), after a few meters you come to the streetcar stop “Václavské náměstí” (Wenceslas Square). There is a cinema and a passage called “Svetozor”. The self-service restaurant of the same name in the basement is signposted (see picture). Czech main dishes like roast pork, dumplings and sauerkraut cost about 4 to 5 euros. There is also goulash, schnitzel and much more. We are always the only foreigners, only lunch with 15 o’clock, the Svetozor is closed in the evening and on Sundays. 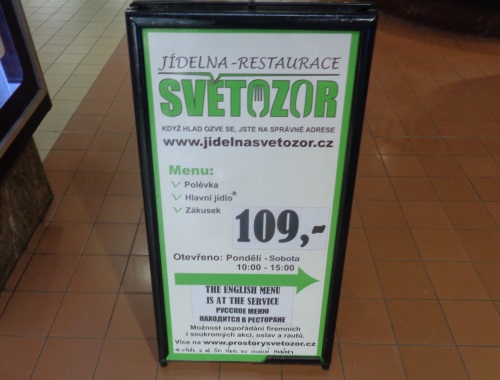 In the same passage on the 1st floor is a well signposted Chinese restaurant Xin Tian Hao. Many, good main dishes for 4 to 5 euros, appetizers like soup or spring rolls about 2 euros. Real restaurant with table service, perhaps the cheapest Asian in the center of Prague. 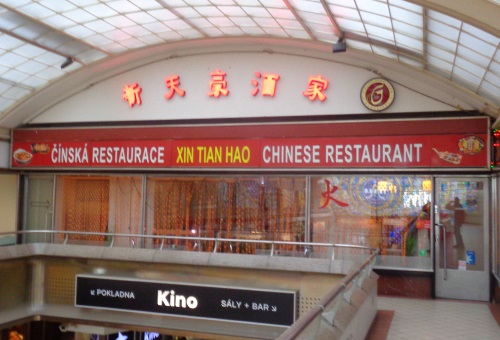 It another inexpensive restaurant in the center of Prague (but not so cheap) is the Repre in the street Nekazanka. You go all the way up Wenceslas Square, at the New Yorker the pedestrian street to the right (Na Prikope) and about the third little street to the right again.

A real alternative in the center for cheap food are fast food places. McDonald’s, for example, is much cheaper than in Germany (Big Mac Menu under 5 euros). There are also many branches of Burger King, KFC, Subway, Pizza Hut etc. in Prague. Not quite cheap, but usually a bit cheaper than in Germany. Also in the central shopping center Palladium Prague are in the food court on the top floor the prices ok, although no longer quite cheap. 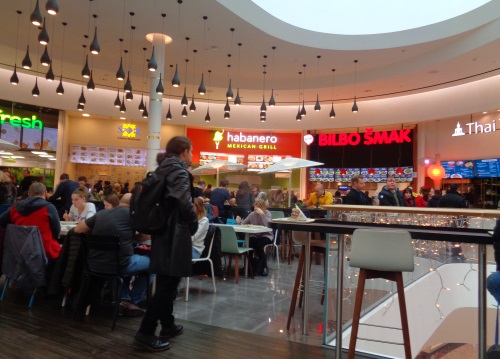 For example, the Asian “Thai Thai” is quite ok. There is also a Czech restaurant called “Old Prague” and a branch of North Sea.

Again, be careful: don’t just go to a restaurant on Wenceslas Square in Prague, Old Town Square and the surrounding area. The usually bad tourist food can easily cost 30 to 50 euros per person. If you don’t know a restaurant without rip-off, go to another part of the city. There, the probability of being ripped off is much lower. Ripping off tourists also exists in Prague in exchange offices (30% hidden exchange fees or similar), in cabs and other eating places like pubs and cafes.