Pilsen is the fourth largest city in the Czech Republic with about 175,000 inhabitants, only Prague, Brno and Ostrava are larger.

Pilsen is a beautiful city, but there are no really big, world-renowned sights. That is why not too many tourists come to Pilsen. However, it is a beautiful city with some smaller sights in the center. Pilsen was the European Capital of Culture in 2015. Now a short overview of the main sights in Pilsen. 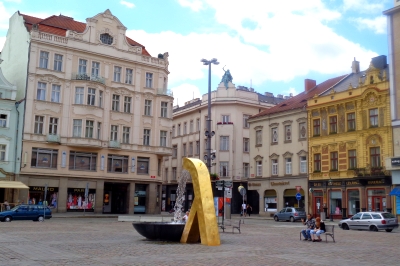 Pilsen is the city of beer, even though beer was not invented here. However, the famous Pilsner was named after the city of Pilsen. In Germany, bottom-fermented beer with a high proportion of hops is often referred to as beer brewed in the Pilsen style or simply Pilsen beer. If you are interested in beer from Pilsen, you should definitely visit the famous brewery museum in the city center, one of the most interesting sights in Pilsen.

Another highlight in the city center is the Great Synagogue of Pilsen. It has survived the Nazi period, unlike many other synagogues in Europe.

Unfortunately, however, most of the Jews in Pilsen were murdered by the Nazis. Only about 200 out of several thousand survived the Holocaust. For a small entrance fee you can see the inside of the Plzen Synagogue, it is worth it.

The huge central square of Pilsen called Namesti Republiky (Republic Square) is one of the largest city squares in the Czech Republic. The biggest landmark on the square is the large church of Saint Bartholomew’s Cathedral. You can climb the tower of the cathedral. From the top you have a beautiful view of the city. 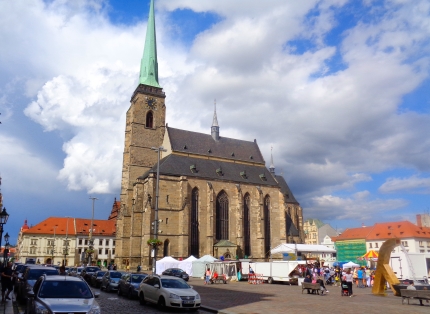 The so-called Plague Column and several modern golden fountains on Republic Square are also among the sights of the largest city in Bohemia after Prague. 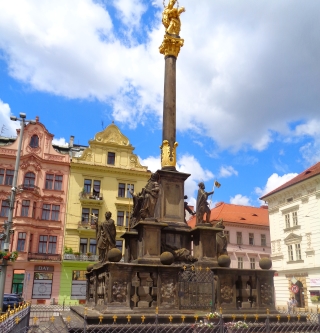 We also liked the large zoo of Pilsen, a surprisingly large zoo for a medium-sized city like Pilsen. On this page you will find detailed information about the zoo of Pilsen.

Besides that you can find some museums in Pilsen. Great we found the Pilsen Doll Museum directly at the main square Namesti Republiky. Pilsen has a long tradition in puppet theater with marionettes. We have written a page about this great museum for puppets and puppet theater, you can find it on this link.

Another interesting museum in the center of Pilsen is the West Bohemian Museum. It is divided into two parts. One part deals with archaeology and history of Pilsen and the western part of Bohemia. In the other part are exhibited mainly weapons and the like. 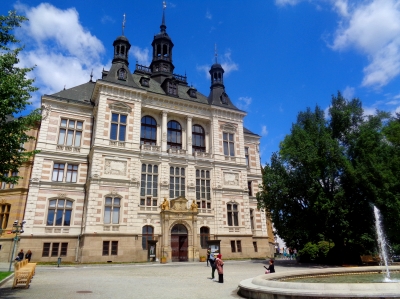 Both parts cost extra admission, but only 60 crowns each (about 2 euros), as of 2019. Children and families get a discount. You can reach the West Bohemian Museum in 5 minutes on foot from the central square of Plzen Namesti Republiky (translated as Republic Square).

The newest major attraction in Pilsen is the Techmania Museum of Technology, about a 15-minute walk from the center. It is a hands-on interactive exhibition. For us, the top sight in the city. More info about the Techmania Science Center Plzen

Good shopping in Pilsen can be done at the modern Pilsen Plaza shopping center, only about 10 minutes walk from the center. It is one of the largest shopping centers in the Czech Republic.