In Prague, the subway is called the Metro. It consists of 3 lines. There are 58 stations, in total the underground network of Prague is 65 kilometers long. 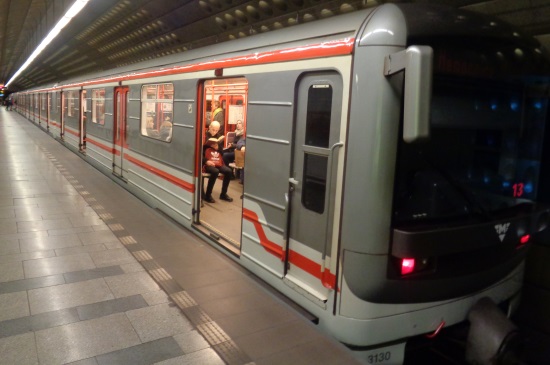 Trains run from 5 a.m. until midnight, during the night only 9 night trams run in Prague.

The sign of the metro is shown in the following picture. The color changes depending on the line. 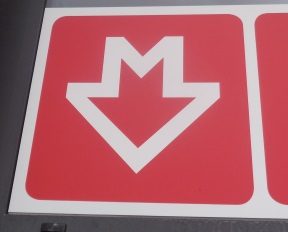 All 3 lines stop at Wenceslas Square, but at different stations. The best way to get to the Old Town is by Metro A (green line), stop Staroměstská (German: Altstadt).

All 3 lines of the Metro Prague meet at one station:

LInie A and line B: station Mustek (Wenceslas Square)

The first line of the Prague Metro was opened in 1974. The Prague metro currently carries almost 600 million passengers a yea

Link: Information on tickets for local public transport in Prague

Link: All about tram Prague